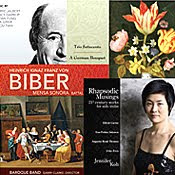 Cedille (pronounced say-DEE) made its debut in November, 1989, with its first CD release, a program of solo piano pieces performed by Chicago-based Soviet émigré pianist Dmitry Paperno. With that initial, small-scale project, Cedille founder James Ginsburg, then 24, launched the first Chicago-based classical record company since the heyday of Mercury Records in the 1950s and 60s.

Since then, Cedille's catalog, which features world-class musicians in and from the Chicago area, has grown and diversified, while attracting critical accolades, an international clientele, and praise from its artists.  Cedille has 115 principal CD titles ranging from solo keyboard works to complete symphonies and operas. These include world-premiere recordings and CD premieres of important compositions, plus the commercial recording debuts of some celebrated artists.

A point of pride for the label is that its regular music downloads are 256 kbps MP3 files, twice the industry standard for sound quality. What's more, in the coming year, Cedille plans to offer premium-priced CD-quality digital downloads in the lossless FLAC format via its Web site (http://www.cedillerecords.org).  In addition, Cedille recently launched a "free-download-of-the-week" feature on its Web site and released a 20th anniversary sampler CD available free to purchasers of physical Cedille CDs in the U.S. and Canada.

"I'm still pinching myself," Ginsburg says, as surprised as anyone that the entrepreneurial sideline he launched as a first-year law student at the University of Chicago would evolve into a record label of international distinction--and that his life's work would be as a classical record producer and label impresario rather than a lawyer. Ginsburg, now 44 and president of the label, also continues to produce most of its CDs.

Ginsburg, who left law school in 1992 to tend to the record label full time, comes from a family of prominent attorneys and legal scholars.  His mother, Ruth Bader Ginsburg, is an associate justice of the U.S. Supreme Court. His father, Martin D. Ginsburg, is a noted tax law authority and professor at Georgetown University Law Center. His sister, Jane C. Ginsburg, is a law professor at Columbia University, specializing in intellectual property rights.

From the outset, Ginsburg says his goal was to showcase Chicago's finest musicians in fresh and imaginative programs on audiophile-quality recordings.  The native New Yorker saw in Chicago an abundance of stellar musicians who were ignored by East Coast, West Coast, and European record labels. With the right recording projects, Ginsburg believed he could advance their careers and serve the listening public in equal measure. Cedille would concentrate on attractive, off-the-beaten-path repertoire overlooked by the major labels. Mainstream classical works would show up rarely--and only in the context of innovative programs by artists who have enlightening and compelling interpretations.

Cedille remains Chicago's only free-standing classical label. (The Chicago Symphony Orchestra has its own in-house recording operation.) Could Cedille have gotten off the ground today? Ginsburg has his doubts, mainly because of the difficulty of securing an effective wholesale distributor to sell to retail outlets.  Physical CDs are still a vital part of the classical record business, even as digital downloads have gained in popularity, Ginsburg says. "There are only a few good independent distributors, and they're not likely nowadays to bother with a fledgling classical label with only a couple of discs in its catalog."