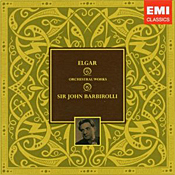 There is no doubt that Sir John Barbirolli (1899-1970) was one of the grand masters among Elgar interpreters. There is also no doubt that it’s good to have all of this conductor’s EMI stereo recordings collected together in a single place. The folks at EMI have provided all of Barbirolli’s Elgar material from six separate discs in a low-priced, five-disc box set, which is a remarkable bargain.

Now, given that each of the works has probably never seen a more authoritative performance and that the playing is practically flawless, you can see the value of the set. Personally, I find the string music with the Sinfonia of London, the Sea Pictures with Janet Baker, and the Cello Concerto with Jacqueline du Pre topping the charts, but I would not want to be without the other renditions as well. Barbirolli conducts the two big symphonies rather broadly, but you can hear his affection for the pieces in every note.

No one has really ever topped the 1965 performance of the Cello Concerto by young cellist Jacqueline du Pre and Sir John, though. A booklet note suggests that people initially criticized Ms. du Pre for having too much spirit, too much energy, in her interpretation, but Sir John, one of the world’s première Elgarians, defended her, saying that such exuberance was necessary in the young; besides, Elgar himself once remarked years earlier that he preferred vigorous readings of his works because “I am not an austere man.” 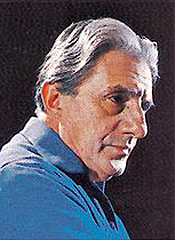 The first and forth movements of the Concerto seem particularly noteworthy for their wistful, nostalgic look back at a calmer, more tranquil world before the Great War, and it is here that no one can accuse du Pre of being too spirited; she is, in fact, quite at peace with the world in a heartfelt performance that commands one’s respect from start to finish. Then, the Sea Pictures, sung by Janet Baker, are more like the Elgar of old, having been written over twenty years earlier, sounding in part, like “Sabbath Morning at Sea,” similar in mood to his pomp-and-ceremony days. The addition of Elgar’s Cockaigne Overture in this set is icing on the cake, a wonderfully evocative, colorful, and affectionate orchestral description of Victorian London.

It’s true that several other conductors, notably Sir Adrian Boult (EMI) and Vernon Handley (EMI), have also recorded excellent performances of many of these works, yet it is Barbirolli who holds sway on so many of them that to have his recordings together in one box is priceless.

The sound, recorded between 1962 and 1966 with the three orchestral ensembles listed above, varies only slightly, from a tad heavy to a tad thin. But most of it comes off quite realistically, revealing some of EMI’s best sound from one of the company’s best recording periods (the Sixties and Seventies were good years for EMI audio engineers). The set is a no-brainer, and I hold it in my highest regard.

To hear a brief excerpt from this set, click here: