As practically every classical music fan (and a whole lot of others as well) knows, German composer Felix Mendelssohn (1809-1847) started working on his music for Shakespeare’s play A Midsummer Night’s Dream when he was but a teen, composing the Overture in 1826 when he was only seventeen. But he wasn’t in any hurry, completing the work sixteen years later in 1841 while employed by the Prussian court. The King suggested he compose some complete incidental music for a new production of the Shakespeare play, and Mendelssohn complied, already having written the opening tune.

Maestro Philippe Herreweghe provides on the album all of the most-popular numbers from the work, without some of the smaller, less-familiar connecting music. It’s pretty much what most listeners expect. Moreover, Herreweghe’s approach to the score comes across as quite comforting, if not so airy, mercurial, or magic as the performances by Otto Klemperer (EMI) and Andre Previn (EMI). The music, of course, is highly programmatic, representing Shakespeare’s major plot ideas and characters, most notably Puck, Bottom, the Duke, and the fairies.

Herreweghe offers us a stately, sedate introduction to the Overture, and then opens it up with a fairly lively flurry of fairies and pixie dust. After that, the whole movement settles down into a more traditional approach, sweet and characterful. It’s indicative of the kind of performance we’re going to get, one filled with color and romance, yet refined and elegant, too.

Likewise, the Scherzo displays plenty of bounce; the March of the Elves offers a welcome rhythmic charm; and “Ye Spotted Snakes” is suitably enchanting, even sung in German rather the more commonly heard English of Shakespeare.

One minor disconcerting moment comes with the Nocturne, which Herreweghe takes at a brisker pace than one usually hears. While it perhaps matches the rest of his zesty reading of contrasts, it doesn’t entirely convey the gentle, enchanting atmosphere the scene deserves. 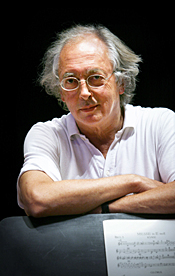 Fortunately, the Wedding March brings us back to the regal festivities of the play with a telling gaiety. The concluding tunes also go comfortably well, with the choral-orchestral Finale bringing us full circle to echoes of the Overture’s melodies.

The album concludes with a coupling of Mendelssohn’s Hebrides Overture, also known as Fingal’s Cave (1830-32). Herreweghe’s rendering seems a bit lightweight for the craggy countenance of the coastline it describes. It also seems a little too solemn for my liking, losing some of the strangeness and “Scottishness” the composer said he encountered upon visiting the site of the music’s inspiration. I suppose you could say it’s rather a Gallic vision of the Scottish landscape.

The sound, which Harmonia Mundi recorded in 1994 and have reissued here in their “Gold” series, is warm and resonant and a tad heavy, perhaps not ideally suited for audiophile listening but fitting nicely with the sort of Romantic idealism and adventure Herreweghe wants to communicate. The sound, like the performance, is at once cozy and intimate yet glittering and extrovert. You’ll find a golden glow around the sonics that is quite alluring, with reasonably wide dynamics and a smooth execution.