Ferruccio (how could I not like a guy with a name like that?) Busoni (1866-1924) was an Italian pianist, writer, teacher, editor, conductor, and, almost lost among his other endeavors, composer. After his death, with the possible exceptions of his Piano Concerto, his Turandot Suite, and his opera Doktor Faust, the popularity of his compositions went into serious decline, but in the 1980’s conductors began to rediscover him. This is the case with Maestro Francesco La Vecchia, who seems to be on a mission to resurrect as many overlooked Italian composers of the nineteenth and early twentieth-centuries as possible. On the present album, we find six of Busoni’s shorter orchestral works, all of which display a charm and wit deserving of reconsideration.

The program follows Busoni’s music more or less chronologically, beginning with the earliest piece, Eine Lustspielouverture, Op. 38 ( “A Comedy Overture,” 1897). The composer called this piece “Mozartian” in style, but you’d hardly notice. Mendelssohnian perhaps. Still, there are not the sweet melodies you’d hear in either Mozart or Mendelssohn, although there is a lively, cadenced thrust throughout that Maestro La Vecchia seems to enjoy about this “comedy overture.”

Following that, we find Gesang vom Reigen der Geister, Op. 47 (“Song of the Spirit Dance,” 1915).  Scored for chamber-orchestra forces, the work couldn’t be more different from the opening number. It is somber and intimate, part of a trilogy and recalling the Indian massacre of Wounded Knee, South Dakota, in 1890.

Next is Rondo arlecchinesco, Op. 46 (“Rondo harlequinesque,” 1915). Again, it’s something different, this time relatively light and amusing, a martial procession of instruments featuring a heap of mock heroics. La Vecchia has fun with it, as does tenor Granluca Terranova at the end.

Then comes the centerpiece of the album, the Clarinet Concertino in B flat major, Op. 48 (1918).  Like the “Spirit Dance” it’s scored for chamber forces, and it does sound Mozartian in its way, with clarinetist Giammarco Casini making a delightful soloist.

After that is the Divertimento for flute and small orchestra, Op. 52 (1920). Under conductor La Vecchia and with flautist Laura Minguzzi, the piece sounds more varied and mercurial than the preceding clarinet work. There are, indeed, passages of lively wit and others of exquisite beauty. It is among the best things on the program.

Finally, the album concludes with Busoni’s Tanzwalzer, Op. 53 (“Dance Waltz,” 1920), which reminds us that Busoni was of German ancestry on his mother’s side; the composer dedicated the music to the Austrian waltz king Johann Strauss II. However, the music takes a while to get around to its waltz themes, and then don’t expect quite the bracing, lilting rhythms found in Strauss. Nevertheless, it’s an agreeable piece, and La Vecchia does his best with it. 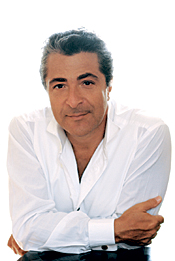 There is nothing about any of the music on the disc that cries out as “classic” in the sense that future generations may cherish it. The music is not imaginative enough, inventive enough, memorable enough, or rhapsodic enough for that. But it does take us on a journey from the lingering Romanticism of the late nineteenth century to the beginnings of modernism in the early twentieth century. And a fascinating journey it is, reminding us that some of Busoni’s students and followers were Percy Grainger, Kurt Weill, Edgard Varese, Dimitri Mitropoulos, Dimitri Tiomkin, Rudolf Ganz, Philipp Jarnach, and many others.

Naxos recorded the music between 2008 and 2011 at the Auditorium Conciliazione and ORS Studios, Rome. The sound displays a healthy dynamic range and impact, a fairly natural if slightly thick midrange, and reasonably good bass and treble extensions. While orchestral breadth and depth seem a tad limited, the lightly resonant acoustic helps to make up for it. Overall, the sonics are warm and smooth, with a light, pleasant hall ambience that makes it easy on the ear.

Email ThisBlogThis!Share to TwitterShare to FacebookShare to Pinterest
Labels: Busoni