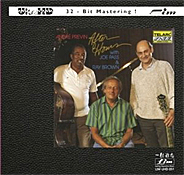 Good classic jazz is classical anytime, and when you have Andre Previn involved, it makes the connection all the more pronounced.

Because Previn got his start in Hollywood and later went on to the world of classical music for the past fifty years--composing his own art music, chamber music, concertos, and operas and leading the Houston Symphony, the London Symphony, the Pittsburgh Symphony, the Royal Philharmonic, and the Los Angeles Philharmonic--it's easy to forget that he is also a superb jazz pianist. In fact, he has over forty jazz albums to his credit, nothing compared to his hundreds of classical recordings but nothing to sneeze at, either.

Anyway, here on this remastered LIM-Telarc album, old friends Joe Pass on guitar and Ray Brown on bass joined Previn in 1989 for the first jazz album Previn had made in over twenty years. Previn says he wasn't sure if he still had it anymore, but the music proves otherwise. He definitely still had it. I suspect it's in his blood.

Previn, Pass, and Brown sound as if they had been playing together forever. I suppose that comes of simply being good. The eleven pieces they play on the album are all very laid-back, easygoing in a winning, cozy manner. Previn, always a first-rate pianist--jazz or classical--is sometimes downright dazzling in his finger work. The music always sounds half improvised and half thoroughly planned out, which is probably the way all good jazz should come across. There is invariably that element of spontaneity about the notes, as though the performers were making it up as they went along; yet it all sounds so incredibly polished, you know it can't be so.

After starting with some familiar material like Harry Warren's "There'll Never be Another You" and "I Only Have Eyes for You," we get to a terrific rendering of Philip Braham's "Limehouse Blues." It's a version that the trio can only call their own. Joe Pass on guitar has first billing here, with Previn's piano taking wing about halfway through and Ray Brown's bass always providing a solid foundation.

Next, the fellows give Jerome Kern's "All the Things You Are" a particularly sweet, engaging treatment. Then Kern is back with "Smoke Gets in Your Eyes," which is maybe the one tune in the set the guys do most conventionally. It's also the standout number in the set.

After a few more tracks, the penultimate number is a cozy rendition of David Raskin's "Laura," written for Otto Preminger's 1944 suspense movie of the same name. While it bears little relation to the song as played in the film, it holds charms of its own, not the least of which is the guitar accompaniment. 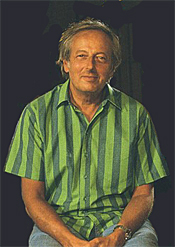 They end with "One for Bunz," a fairly traditional improv where the men were just fooling around, warming up for the next number, and the tape caught it all. They decided to leave it in.

Telarc originally recorded the music in 1989 at the Ambassador Auditorium, Pasadena, California. Although miked fairly close up, the sound has a warm, reverberant quality to it, which combined with the big size of the sonic image results in a very wide stereo spread for only three artists. There is a slight resonant veiling involved, yet the strong dynamic punch and reassuringly taut bass thumps more than compensate. Still, as I say, there isn't quite as much transparency or air around the instruments as you might hear on a few other jazz albums, such as the one LIM remastered a few years earlier, Jazz at the Pawnshop. Even though the sound is a tad thick, LIM's superdeluxe UltraHD 32-bit mastering process produces an experience close to what one might hear live, sitting a few feet from the performers. The piano feels right, too, and sonically the "Honeysuckle Rose" track is probably the best test of this lifelike effect.