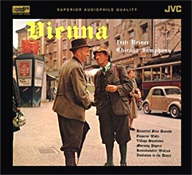 I love this stuff. I love waltzes, the Strausses, conductor Fritz Reiner, the Chicago Symphony, and audiophile remasterings such as this XRCD from JVC (Victor Corporation of Japan). What I don’t particularly like is the cost. But with an ever-diminishing list of audiophile material available to the music lover, I suppose we should savor what little we have and be willing to pay the price.

Here are the upsides to the JVC product: I like the music, of course, and the way Reiner plays it. Like almost everything the man conducted, it comes out fresher, more pointed, more secure, and more clarified than ever before. Sure, Willi Boskovsky put more bounce, more verve, into in Strauss waltzes, but Reiner adds the element of purity. I like the selections, three Strauss, Jr. waltzes: “Morning Papers,” “Emperor Waltz,” and “On the Beautiful Blue Danube”; Strauss Jr.’s brother Josef Strauss’s waltz “Village Swallows”; Karl Maria von Weber’s “Invitation to the Dance”; and Richard Strauss’s “Der Rosenkavalier Waltzes.” And I like JVC’s elegant packaging. Usually, I wouldn’t care for the Digipak approach. I always worry that I’m going to damage a part of the center spindle and then be without a case altogether. Yet JVC’s packaging is quite robust, and it simply looks better than most other such housings I’ve come across, save for FIM/LIM’s. 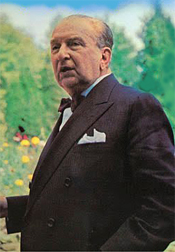 Most important, though, I like JVC’s impeccable 24-bit remasterings. Compared to RCA’s own release of this material, the JVC product is clearer and tighter, with greater dynamic impact. Using two separate CD players for instant comparisons (adjusting each disc for equal volume and trading them out to ensure I wasn’t listening to the sound of the players rather than the sound of the discs), I found the regular RCA sounding very slightly softer and more veiled than the JVC remaster, with less punch. Interestingly, the XRCD processing results in the JVC’s bass seeming less loud, but in compensation we get a heightened force, impact, and tautness, which is far more impressive than mere bass volume.

Still, there are always downsides, and here are a few negative aspects of the JVC disc: It doesn’t contain as much material as the RCA “Living Stereo” release, which also includes not only the material from the original 1957 Vienna album but four additional Strauss waltzes from a later Reiner recording. And the JVC issue is almost twice the price of the RCA.

Clearly, JVC XRCD’s are not the most practical purchases in the world. They are for those few pieces of music we cherish most and want to own and listen to in the absolute best possible form. Sometimes, the very best costs extra.