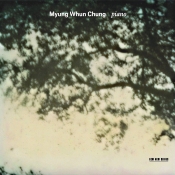 While many of us think of Myung Whun Chung foremost as a South Korean conductor, working in recent years with the Asia Philharmonic Orchestra, the Orchestre Philharmonique de Radio France, the Tokyo Philharmonic Orchestra, and the Seoul Philharmonic Orchestra, we may forget that he is also a pianist. Even Chung recognizes this fact, admitting in a booklet note that "although I don't consider myself a 'real' pianist anymore, the idea that my grandchildren would be able to hear this music from my heart was very appealing." So what we have on this album, simply titled Piano, is a collection of Chung's favorite piano works, dedicated to his children and grandchildren, most of the pieces having a direct connection to Chung's own experience. The selections are all quite familiar, but Chung presents them in a most-heartfelt manner. "This record," he says, "is my personal musical thanks to all who share my love for the wonderful music."

As with so many collections, the first item on the program sets the tone for what's to follow. In this case, Chung has chosen Claude Debussy's Clair de lune, that gossamer-light impressionistic work we've all heard so many times. Chung plays it in a simple, straightforward manner, yet he clearly wears his heart on his sleeve, playing it slowly and with great feeling. Still, while Chung is unafraid to let his emotions show, he never actually sentimentalizes the music but allows its overt Romanticism to speak for itself. It's quite lovely.

Next up Frederic Chopin's Nocturne in D-flat major, Op. 27/2, and again we hear the same charming simplicity from Chung, the music flowing in a sincere, deeply felt stream of notes, with absolutely nothing showy, exaggerated, or idiosyncratically mannered.

And so it goes. Beethoven's Fur Elise is appealingly intimate and moving, all the while never lagging. Tchaikovsky's Autumn Song, "October" in the cycle of piano pieces the composer called The Seasons, sounds most poignant, a touch of melancholy bringing to mind the end of an old year and the coming of winter. Schubert's Impromptu in E-flat major shows Chung in another, more-virtuosic light, proving he is, indeed, a 'real' pianist, whether he likes it or not. His fingers dance over the keyboard, displaying a brilliant dexterity for one who has apparently given up the piano for conducting. 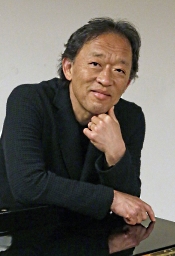 One of the highlights of the program for me was Schumann's Traumerei ("Dreaming") from his set of piano pieces Kinderszenen ("Scenes of Childhood"). Like his rendition of Clair de Lune, Chung's Traumerei is gentle and sweet, a genuinely hushed dream. Following that we get a second work from Schumann: Arabeske, a much more-colorful piece of music in which Chung commands a good variety of emotions.

The disc winds down with a second Impromptu from Schubert, this one in G-flat major, a "song without words." Chung gives the piece a voice, strong and tender. Then, it's another of Chopin's Nocturnes, this one in C-sharp minor, with Chung well catching its shifting moods. Finally, the program ends with Mozart's variations on "Ah! vois dirai-je, Maman," a French children's song we probably know better as "Twinkle, twinkle little star." It is undoubtedly Chung's reminder to us that he dedicated the album to his children and grandchildren. Chung has a good deal of fun with it, and the music brings the program to a delightful conclusion.

I don't think anyone, least of all Chung (who seems from his writing a most modest and humble gentleman), would consider these interpretation definitive. But they are forthright and honest and certainly pleasurable. In addition, as with most of ECM's products, the disc and case come enclosed in a light-cardboard slipcover. What more can one ask for?

ECM recorded the music in July 2013 at Teatro La Fenice, Venice, Italy. The engineers caught the audio in a warmly ambient environment that greatly flatters the music. Although the piano sounds well detailed and fairly dynamic, it is also warm and cozy, miked at a moderate distance for an easy, natural, realistic listening experience.