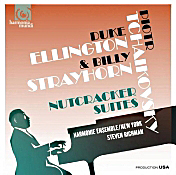 Of course, the Tchaikovsky original is so familiar, the album’s producers probably needn’t have included it at all. Still, it’s nice to have the original on hand to make instant comparisons, as I have done with the brief excerpts below. Besides, the Harmonie Ensemble/New York play the original so felicitously, it’s a pleasure to hear them perform it, no matter how many other recordings of it you may have in your library.

So, first up is the original Nutcracker Suite, which Russian composer Peter Tchaikovsky (1840-1893) extracted from his complete two-act ballet The Nutcracker. Interestingly, early audiences didn’t much cotton to the ballet, but they did appreciate the twenty-odd minute suite, which in turn led to today’s worldwide popularity of both the complete ballet and the suite. Anyway, the suite contains eight movements:  “Overture,” “March,” “Dance of the Sugar Plum Fairy,” “Russian Dance,” “Arabian Dance,” “Chinese Dance,” “Dance of the Reed Flutes,” and “Waltz of the Flowers.”

Maestro Steven Richman formed the Grammy-nominated Harmonie Ensemble New York in 1979, and it now comprises over sixty or so members, drawing its players from the best New York orchestras and jazz groups. The Harmonie Ensemble/New York play with refinement, style, and élan. You'd be hard pressed to find a better reading of the Nutcracker Suite than the one you find here. It's not only colorful and exciting, it sounds as precisely articulated as any you'll come across. Along with its exacting execution, you get Harmonia Mundi's usual lifelike sound, making it a double success.

The real attraction of the album, though, is the jazz version of the Nutcracker Suite devised by jazz greats Duke Ellington and Billy Strayhorn. Ellington once said "There are simply two kinds of music: good music and the other kind." This is good music. 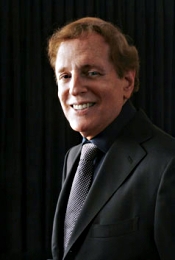 Ironically, Ellington never much cared for the work he did on Nutcracker, never playing it in concert. Since its debut, fortunately, plenty of other people have played and recorded it, none of them any better than what we have here. I suppose it helps that Ellington wrote mainly dance numbers, and Tchaikovsky's piece is a ballet. The melodies flow out of the jazz ensemble with an easy feel for the manner of Tchaikovsky yet in an unmistakable Ellington style. It's the kind of traditional jazz arrangement that at once makes it appealing to jazz fans as well as to classical-music afficionados. In other words, it's accessible to just about everyone.

The Ensemble play it beautifully, too, every member of the group contributing his own lasting impression. I especially enjoyed Bill Easley's clarinet solos, Lew Tabackin's tenor sax, and Victor Lewis's work on drums. But for that matter, the whole ensemble swings. Nice work. A light-cardboard slipcover completes the package.

Audio engineer Adam Abeshouse recorded the music at Avatar Studios, New York City and at The DiMenna Center for Classical Music, Mary Flagler Cary Hall, New York City in 2010 and 2011. The sound has a nice zippy ring to it, with just the right amount of ambient bloom to make it sound real. An extended frequency response, particularly in the treble, and a clean, clear midrange help, too. While the orchestra doesn't display a lot of depth, it is wide and fairly dynamic, with a pleasant air around the instruments. The jazz ensemble is even more transparent, the smaller group coming through with great impact and sharpness of detail.

To hear a couple of brief comparison excerpts from this album, click here: