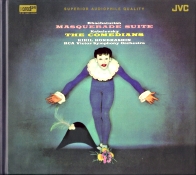 OK, since nobody seems to be making this particular JVC remastering available in the U.S. anymore, I’ll make the review brief.


I’ve heard quite a few of JVC’s XRCD audiophile remasterings over the years, but this is among the only ones for which I have never had the equivalent standard recording in my collection, so I have no basis for comparison to tell whether JVC’s very expensive processing of the master tape is superior to anything else available at regular price. I do know the album is currently available in RCA’s “Living Stereo” line at about $13.00 (along with Tchaikovsky’s Capriccio italien and Rimsky-Korsakov’s Capriccio espagnol), whereas the JVC listed at the original time of its release for about $35.00. To make matters even more dicey, I notice used copies of the RCA currently on-line for as little as three bucks. However, if in the past you’ve heard a difference for the better in JVC XRCD remasters, as I have, perhaps the search and the costlier investment would be worth it to you. Otherwise, who knows; I make no promises.


In any case, I was familiar with Armenian composer Aram Khachaturian’s Masquerade Suite, if not this specific recording of it, and I was very much looking forward to it here. However, I was also a bit disappointed in it. It had been maybe twenty-odd years since my last hearing it, and I’d forgotten how very loud and often bombastic the work could be. This is a matter of taste, of course, but I also found even the two slow movements, the Nocturne and Romance, somewhat lacking in inspiration. I could hardly fault Maestro Kiril Kondrashin and the RCA Victor Symphony Orchestra for this, however, as they do their job with a splendid vigor and enthusiasm. To make matters slightly worse, RCA’s 1958 sound didn’t much impress me, either, remastered or not. The bass seemed plentiful and deep, to be sure, but the highs appeared a tad too bright and edgy for me. 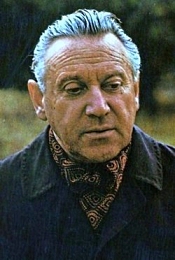 Then I listened to the coupling, Russian composer Dimitri Kabalevsky’s The Comedians, and it was an entirely different story. I had never heard the complete suite before, but by the time I reached the “Comedian’s Galop,” I realized I’d heard this familiar music time and again without realizing what it was. The whole piece, ten short movements in all, is delightful, witty, and invigorating. More important, the composer appears to have scored The Comedians for a slightly smaller orchestra than Khachaturian’s, because while RCA recorded both it and the Masquerade Suite at about the same time, the sound of The Comedians seems smoother, deeper, and more transparent. In fact, I found The Comedians, as short as it is (about fifteen minutes), probably worth the steep asking price of the whole disc.


Let me put it another way: If you’ve never heard the two RCA recordings on this disc before, as I hadn’t, and you’re willing to take a chance, you might consider looking for the JVC remastering if you have a very high-end system, very deep pockets, and infinite patience finding it. Or you might try the standard RCA Living Stereo edition if you have a more-modest system, and you want to be sensible about things. No matter your choice, you might find the Kabalevsky, especially, exhilarating and fun under Kondrashin’s direction. I know I did.