A Folk Song Runs Through It (CD review) 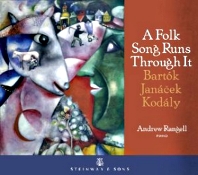 Certainly, the folk music of the United States is rich and varied, but the folk music of central Europe is just as rich and varied, maybe more so, and has the distinction of being older. The Hungarian composers Bela Bartok (1881-1945) and Zoltan Kodaly (1882-1967) and the Czech composer Leos Janacek (1854-1928) drew upon the vast folk melodies handed down in their countries for generations, and on the present disc American pianist Andrew Rangell (b. 1948) plays several of these composers’ best folk-inspired piano works.


Rangell practices a light, often delicate touch on the piano, an approach that serves him well in the slower, airier scores. Nevertheless, he maintains a good deal of power in reserve, making his technique not only dramatically virtuosic but uncommonly sensitive and diverse as well. A short biography of Mr. Rangell indicates that he holds a doctorate in piano and has just recently recovered from a severe hand injury that sidelined his career for some seven years. I wonder if sometimes tragedy can’t be a blessing in disguise if you use it to your advantage, in this case forcing the pianist into a style he might not have adopted earlier. I would love to hear him return to recording Chopin (he released the Mazurkas for the Dorian label in 2003; now perhaps Steinway can persuade him to do the Etudes, Preludes, Waltzes, and such).


Anyway, the album begins with Janacek’s In the Mists, a four-part piano work that nicely complements the more-ethereal side of Rangell’s playing. Janacek wrote In the Mists in 1912, a few years after the death of his daughter and while Prague opera houses were still rejecting his compositions. Rangell concentrates on the music’s impressionistic atmosphere and comfortably conveys its sweet, melancholy flavor. It’s the second-movement, marked Molto adagio, that actually sounds the most folk inflected, and Rangell gives it an appropriately rustic, Romantic flair, while keeping the other parts lilting and flowing. 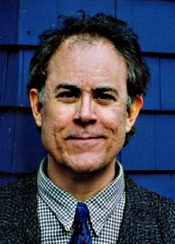 Next up are Bartok’s Improvisations on Hungarian Peasant Songs (1920), followed by six Romanian Folk Dances (1915). The Improvisations are a collection of eight interconnected segments and range from poignant lullabies to bawdy tavern songs. Rangell takes it from a hushed whisper to a full thrust. I can’t say I enjoyed all of the sections equally--some are too raucous and blustery for my taste--but when Rangell is playing the softer stuff, he’s pitching a shutout. In any case, the Folk Dances are more to my ear, and Rangell appears to have the full measure of their country fiddle origins in Transylvania. Bartok made clever arrangements of the tunes he found, and Rangell does them justice.


Kodaly wrote Seven Pieces for Piano (1918) after falling under the spell of Debussy, so expect more wispy, mystical, brooding impressionism. The music seems to fit Rangell’s manner perfectly, making them an ideal pairing. Again, while for me it was all a bit too darkly low-key and dour, that doesn’t mean Rangell isn’t affording it all the feeling he can muster.


Rangell then closes the program with Bartok’s Sonata for Piano (1926), which except for the finale is probably the least folk sounding of the music on the disc. Most of it sounds like a dirge, a lament, and here Rangell is at his best conveying various kinds of grief throughout. Still, the music ends in a burst of good cheer with at least one clearly recognizable tune interjected here and there into the melody.  It’s all rather fun and concludes Rangell’s fascinating look at Central European folk-art music just after the turn of the twentieth century.


Producer and soloist Rangell and engineer Tom Stephenson recorded the music for Steinway & Sons at the Shalin Liu Performance Center, Rockport, Massachusetts in May, 2012. The piano sound they obtained appears entirely focused, with a good perspective if miked a tad more distantly than one usually hears. The venue provides a full, resonant acoustic, a mild hall reverberation giving it a realistic presence. Because there is a wide dynamic range involved, the overall volume level is a touch low.