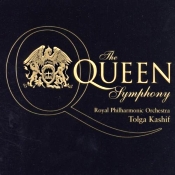 I admit it: I have always liked the music of British rock band Queen. For instance, I still think their 1975 album A Night at the Opera (a gratifying reference to one of my favorite Marx brothers films) is brilliant. Nor have I any objection to people reorchestrating pop tunes and playing them via full-scale symphony orchestras. So back in 2002 when conductor and composer Tolga Kashif orchestrated an EMI disc of tunes by Queen and played by the Royal Philharmonic, I merely shrugged and thought, "Why not?" Then I listened to the album, in which Kashif arranged some of Queen's songs into what he called a symphony, and it all seemed more than a bit exaggerated to me. Still, what do I know: The disc garnered "Album of the Year" honors in some circles, attracted a host of devoted followers, and became a best-seller.

Kashif's symphonic creation, which is close to an hour long, contains bits and pieces of songwriter and lead singer Freddie Mercury's work for Queen divided into six movements. The trouble is, I found little continuity among the movements, little cohesion, just fragments of this and that held together through the brute force of the Royal Philharmonic Orchestra and Kashif's fancy orchestration. Because I found much of the production a little tedious, about the only thing it made me want to do more than anything else was to listen to an actual Queen album and hear what the music originally sounded like. 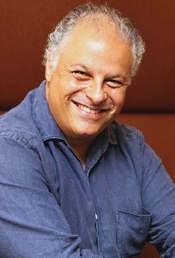 You'll find a Queen song such as "Love of My Life" coming up best due to its inherent lyricism, and the whole symphony certainly starts out well, everything lushly orchestrated. But then you'll also find Kashif providing tempo markings within the movements like Allegro Scherzando and Moderato Cantabile, which seem overly pretentious to me. This self-reverential tone appears especially evident when Kashif, who not only arranged the music but conducts it as well, insists that this is a genuine symphony and not just a new arrangement of older music. I dunno; maybe Kashif meant the whole thing humorously, like some of Queen's own music. Despite Kashif's claim that it's a serious symphony, however, the music just sounds to my ears like an inflated collection of disparate pop harmonies, with little musical focus other than what Kashif's score attempts to segue into next.

Anyway, you'll hear snatches of "Bohemian Rhapsody," "We Will Rock You," "We Are the Champions," and "Who Wants to Live Forever" tenuously woven into a single movement with little rhyme or reason. I admit it's pleasant enough from time to time, especially if you're already a Queen fan, but as a whole it fails to hang together any more than a multitude of ordinary theme albums do.

Moreover, the sound doesn't help much, either. To my ears EMI recorded the orchestra too close up and in too many multi-miked segments, with a constricted frequency response, a slightly muted high end, a soft midrange, a weak deep bass, and a nonexistent depth of image. In other words, it sounds exactly like a lot of pop recordings, which, given that EMI made it at least partly in Abbey Road's famous Studio 1, means it bears little resemblance to the kind of classical recording it would seem striving to emulate. So, in short, it sounds like a good pop album, which essentially it is. There's nothing wrong with that as long as we're not pretending it's something more.

Email ThisBlogThis!Share to TwitterShare to FacebookShare to Pinterest
Labels: Kashif