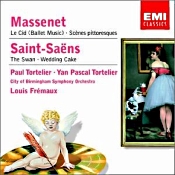 This Le Cid ballet music recording from Louis Fremaux and the City of Birmingham Symphony Orchestra (England) brings back a lot of memories. Recorded in 1971 for EMI's Studio Two line, it found its way to my attention quite by accident a couple of years after EMI made it. Back in the mid Seventies I was compiling a list of favorite audiophile records for a magazine article, and I had asked everyone I knew for their recommendations. Everybody contributed: high-end audio dealers, audio engineers, record and equipment reviewers, and various "golden ears," about thirty people in all. As you may have already guessed, this recording of Le Cid figured high in the final tally. It not only contained a great performance of the music, it sounded state-of-the-art. 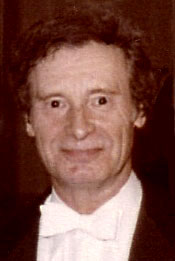 As luck would have it, though, by the time I tried to buy the recording, EMI had already withdrawn the original Studio Two vinyl disc, replacing it with a low-priced issue in their Greensleeves line. It was still plenty good, with a tremendous dynamic range and a whopping big bass. And the next time it showed up on LP in America was on the Klavier label. Then came the CD age, and it appeared both in EMI's mid-priced Studio line and on a Klavier silver disc. The EMI release retained the vinyl's warmth, but the slightly leaner-sounding Klavier disc sounded more transparent. Then Klavier issued the recording on a 24-karat gold-plated disc that I eagerly brought and still own. Unfortunately, Klavier didn't keep it around for long, and today it's rather hard to find and costly if you do find it. However, the budget-priced EMI Classics edition under review came out in 2003 and to me sounded identical to the earlier EMI Studio CD transfer, which I had always liked.

In any case, it appears that one can still easily find the EMI budget disc, and for the measly few bucks it costs, any listener interested in good sound and good music might want to consider it. The ballet music comprises bits and pieces of the orchestral music in Massenet's opera, and conductor Fremaux and his Birmingham orchestra provide a vigorous, zesty tableau of the Spanish-flavored tunes.

In addition, you'll find on the disc Massenet's Scenes pittoresques and Last Sleep of the Virgin, plus Saint-Saens' "The Swan" from The Carnival of the Animals and his Allegro appasionato, Caprice for Violin and Orchestra, Le Deluge prelude, and Wedding Cake waltz, the former pieces with Paul Tortelier on cello and Yan Pascal Tortelier on violin. In sound that is still demonstration worthy, especially in the El Cid music, the disc qualifies as a unique bargain.

Email ThisBlogThis!Share to TwitterShare to FacebookShare to Pinterest
Labels: Massenet