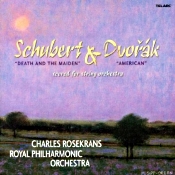 I suspect that one's reaction to this disc will depend largely upon one's familiarity with the original string quartet versions of the two pieces included. But the string orchestra transcriptions presented here are certainly accessible and designed for mass public appeal; indeed, as a number of years have passed since Telarc released this disc, you may have already heard the music to distraction on your favorite classical radio station. Certainly, the late opera, symphony, and ballet conductor Charles Rosekrans (1934-2009) and the estimable Royal Philharmonic Orchestra do a splendid job performing it.

Franz Schubert wrote his String Quartet in D minor "Death and the Maiden" in 1824, partly inspired by the words of a poem by Matthias Claudius about Death tempting a young woman with his soothing words. The work's combination of energy and melancholy have attracted audiences ever since. What we have on this disc, though, is something a little less formidable in an arrangement by Gustav Mahler for quite a few more strings. The result seems more romanticized, more idyllic, softer, and lusher than Schubert's original. The bigger arrangement obviously gives up a good deal of intimacy for the larger, cushier sound of a string orchestra, and I must confess I found it lost some of its impact and allure in the translation. 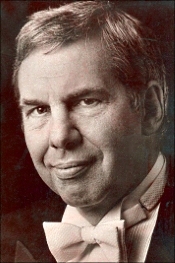 However, the Quartet in F Major, "American," written by Antonin Dvorak in 1893, rather benefits from its bigger arrangement, taking on a grander sweep that embellishes the music through its larger forces. Unfortunately, the Telarc folks do not tell us anywhere I could find on the packaging or in the booklet the number of strings involved or who did the new scoring. I presume the numbers involved are about the same as in the Schubert, and perhaps Telarc meant for us to assume the arrangement was by the conductor, Charles Rosekrans; I don't know. Still, it's odd. I mean, the notes tell us what microphones, amplifier, and speakers Telarc used to produce the disc but little about the arrangement of the music itself. In any case, I enjoyed the Dvorak slightly more than the Schubert, perhaps because over the years I've gotten more used to the sound of Dvorak in bigger arrangements to begin with.

And speaking of sonics, the recording (which Telarc released in 2003) does not sound quite as well defined as I would have expected from Telarc, given that they were working with a small string orchestra and all. Probably as a result of the natural hall ambience, there is a bit of haze or veil overhanging the orchestral picture, so we don't get as much inner detailed as Telarc often reproduce on their discs. In any case, this soft veiling may actually enhance the expressive, warmhearted characteristics of the music. It doesn't distract much and doesn't really harm the music.