On the Certainty of Science…

“What I see happening around me is depressing. The knowledge of how to create stunning reproduced sound exists, but because people in general don’t read, and many don’t believe in science, the average consumer ends up living with inferior sound when the same money could have purchased more. Countless hours in audio forum discussions are no substitute for a few days reading peer-reviewed science.” Also “…far too many audiophiles follow faith-based notions that the answers to perfect sound lie in distractions like power cords, speaker wires, and exotic electronics. This is money not well spent.” 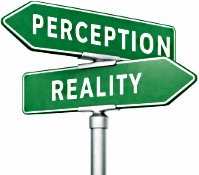 These are the words of Floyd E. Toole, as taken from an article that appeared in the December 2017 issue of AudioExpress, in an interview by author Shannon Becker. Floyd Toole is the noted author of Sound Reproduction (Routledge, 3rd edition, 2018), a valued audio reference that’s now in its third printing. Prior to his recent retirement Toole was VP in charge of acoustical engineering at Harman International, one of the largest audio equipment conglomerates in the U.S. He is widely recognized and respected for a lifetime of research and achievement within the audio engineering industry.

One of the things that Toole finds vexing is the illogical means favored by audiophiles to assess the potential benefit of component upgrades. That process generally initiates with obvious and overt disinterest in any of the related technical issues. Critical detail like impedance compatibility, input sensitivity, and stage gain get dismissed without review, overrun by the compulsion to conduct listening trials of how stuff sounds. In truth, listening tests bear no consequence. A comprehensive 2012 paper (http://www.pnas.org/content/110/36/14580) that was devoted to the study of aural memory plainly shows that listening perception is a fleeting sensory response that’s readily swamped by overriding visual influences. Subjective aural impression is just too elusive to serve as a reference for later comparison. Barring cases of badly mismatched circuit compatibility, attempts to evaluate component quality by subjective listening will yield randomized results. The ear cannot serve as a viable accuracy indicator unless the response is monitored in a collective group setting, administered under “double blind” test conditions, and summarized with appropriate statistical oversight.

Another flaw innate in evaluating audio quality by ear is that the implied goal has become so very conflicted. The original aim was “high fidelity”, meaning faithful to the original; i.e. accuracy. In more recent decades this zest for accuracy has softened. The present target is more often “sound that I like”; i.e. a euphonious sound. This state of euphony gets variously described as lying somewhere between select extremes that are popularly labeled “too warm” and “too detailed”, a.k.a. “too analytical”. Of course, that’s a slippery scale, and alternate choices are likely to bob ahead dependent on the source material, mood, hour, choice of libation, and the velocity of warp speed when expressed in furlongs-per-fortnight.

Given this evidence, it’s apparent that mere listening alone is not a reliable basis for assessing the excellence of audio equipment. So, what’s a better alternative? What’s a good way to rate equipment and system upgrades without resorting to the groupthink blather that pervades most of the audiophile forums? Well, here are some suggestions….

Per Toole, try reading. Reacquaint your expectations with the glorious certainty of science. Do some basic study of the established physics, e.g. Ohms law, impedance requirements, voltage gain, load compatibility—the standard analog essentials that describe operative fit and function. Determine precisely what your equipment specifications mean; learn about their significance and the limitations that they imply. Understand why low resistance is the only parameter that will matter when you connect eight feet of cable between the output terminations on your power amplifier and the input terminations on your loudspeakers. 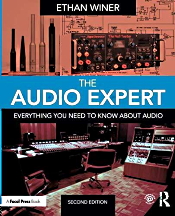 Seek objective resources. Most of the audio advisory publications are hopelessly subjective, but there are exceptions, notably the Audioholics site: https://www.audioholics.com. In addition to competently researched product reviews they also offer intelligent tutorial and opinion guidance; note the numerous technical articles that are cited toward the bottom of this section that introduces the Audioholics owner at https://www.audioholics.com/authors/gene-dellasala.

*The referenced site is that of bookseller C. Clayton Thompson (https://www.abebooks.com/c-clayton-thompson-bookseller-boone-nc/44399/sf). This shop’s collection of books relating to military history is unique; well worth perusing. As is Thompson’s vacation rental hideaway at https://www.petitemaisondulac.com/cabin.html. This is a nice place to buy books, regardless of theme.