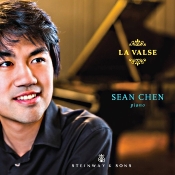 When musicians do solo albums they often try to tie things together with some kind of unifying theme for the subject matter. Sometimes it's as all-encompassing as a simple recital of favorite tunes, and at other times, such as here, it's narrower, more specific. In this case, pianist Sean Chen has chosen to concentrate on the period of 1900-1914 and composers Aleksandr Scriabin and Maurice Ravel. Why 1900-1914? As historian Philipp Blom notes: It was a "period of extraordinary creativity in the arts and sciences, of enormous change in society and in the very image people had of themselves." It was also obviously a time of transition in the classical-music world, from the late-Romantic era to the early modern age, and the music of both Scriabin and Ravel reflect this major shift.

Anyway, the star of the show is American pianist Sean Chen (b. 1988), winner of the American Pianists Association's DeHaan Classical Fellowship, one of the most lucrative and significant prizes available to an American pianist; Third Prize at the 14th Van Cliburn International Piano Competition, the first American to reach the finals since 1997; and numerous other prizes and awards. The album under review, La Valse, marks Chen's second appearance as a soloist on CD, and a very fine appearance it is.

Things begin with the Valse in A flat major, Op. 38, by the Russian composer and pianist Aleksandr Scriabin (1872-1915). Now, understand, not all of the music on the program may be to everyone's taste (these are not traditional Strauss-type waltzes, after all), but each piece is appealing and significant in its own way. Above all, one notices Chen's gentle, sensitive, yet persuasive touch with them. This first item is a good example, starting off very tenderly, full of grace and poise, then accelerating into grand passions before gradually fading back into misty silences. It's a convenient summing up of the Romantic tradition gradually shifting into the twentieth century, though resisting changes along the way.

Next, we turn to the Menuet antique by French composer Maurice Ravel (1875-1937). The "antique minuet" is an intentional misnomer, of course, wherein Ravel uses the older musical form to compose something actually quite new. Chen captures the composer's swirling modern harmonies beautifully, again with a light enough touch and fluid enough refinement to accentuate the contrasts and enough full-throated energy and all-out vivacity to point up the more-exciting parts. Delightful. 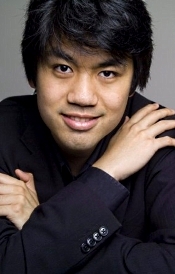 And so it goes through six more selections: Scriabin's Piano Sonata No. 4 in F sharp major, Op. 30, and Piano Sonata No. 5, Op. 53; and Ravel's Valses nobles et sentimentales, Menuet sur le nom d'Haydn, Prelude, and La Valse. Of these, it's La Valse I'd like to single out most particularly. As you probably know, Ravel originally published the work for orchestra, where it received a successful Paris premiere in 1920. At the same time the composer prepared versions of it for solo piano and two pianos, but the arrangement Chen has chosen to perform is his own, made from several of Ravel's different scores. A very good one it is, too.

La valse is, in fact, an ideal summing up of the album's theme of change. The music begins with its feet clearly in the nineteenth century, elegant and romantic, and then slowly transforms into a demonic "dance macabre." Some critics have suggested that this change in the music's tone alludes to the destruction of societal values and civility that resulted from the horrors of World War I. In any case, Chen's arrangement and playing of the piece clarifies this purpose, and if Ravel did intend the score to exemplify a breakdown in Western society, Chen skillfully carries out this function as he transitions effortlessly from one mood to another. As he does with all of the selections on the album, he plays it extraordinarily well, with grace and virtuosity.

Producer Dan Mercurio and engineer Daniel Shores recorded the music at Sono Luminus Studios, Boyce, Virginia in September 2013. As usual with a production made at Sono Luminus, the sound is excellent. The Steinway D piano comes through with a fine transparency and solid definition, while maintaining a fairly resonant bloom. Transient response and dynamic impact are especially impressive, and while the instrument itself is just a tad close for my personal taste, one cannot deny its realistic presence.