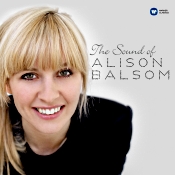 Now that Warner Classics have acquired the EMI catalogue, it appears one of the first things they’ve done is reissue some of EMI recording star Alison Balsom’s biggest hits in the elegantly packaged new release The Sound of Alison Balsom. It’s a retrospective of Ms. Balsom’s Baroque trumpet work from 2002 to 2012, accompanied by various individuals and ensembles, period and modern. Fans of Ms. Balsom will no doubt already have most of these recordings, but folks new to her playing may want to use the disc to catch up on what they’ve been missing.


For those few of you who may not know her, British trumpet soloist Alison Balsom has been playing trumpet professionally since 2001. She is now a multiple award winner with eight albums to her credit; she was the former principal trumpet of the London Chamber Orchestra; and she’s a Visiting Professor of Trumpet at the Guildhall School of Music and Drama. What’s more important, she is a darn fine trumpet player. On the present record’s liner notes she credits legendary jazz great Dizzy Gillespie as her inspiration, so if you hear any signs of casual, easy, improvisational, modern-jazz inflections in her playing, well, you know where it probably came from.


Things begin with five tunes from Purcell's King Arthur, which come across with considerable pomp, vigor, and enthusiasm, Ms. Balsom's trumpet effortlessly pouring forth her usual golden notes in abundance. If that sounds like hyperbole, just give it a listen.


Next come several numbers from Bach: a Sarabande, an Aria, a Badinerie, and Andantes from various suites, plus the Concerto in D (after Vivaldi). The Sarabande and Badinerie are particularly interesting as they are unaccompanied solos yet sound like small ensembles unto themselves. 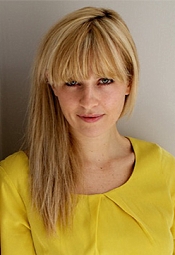 After the Bach comes Torelli's Trumpet Concerto in D, its three movements lively and enlivening yet most refined. Following that is a selection apiece from Handel's Giulio Cesare, Albinoni's Sonata da chiesa, transcribed by Ms. Balsom, and Marcello's Oboe Concerto in C minor. The program concludes with three more numbers from Handel: the overture from Atalanta, the Birthday Ode for Queen Anne, and the Amadigi di Gaula, arranged by Ms. Balsom. This is exquisite, well-chosen music, exquisitely well played.


The album provides a healthy seventy-seven minutes of playing time, nearly the limit for a compact disc, so you get more than your money's worth right there.


The folks at Warner Classics have done up the packaging most lavishly, enclosing the disc in its own sleeve within a hardcover book with a thirty-two page bound insert. The only minor snag was trying to get the disc out of its sleeve without leaving fingerprints on the playing surface. In any case, I wonder if the company is planning to do up all of its new releases so elaborately.


The sound, originally recorded by EMI in a number of different locations from 2002-2012, is uniformly good, if not always as absolutely transparent as some audiophiles might prefer. Still, it is nicely dynamic in all the selections, with in each case a pleasant, natural hall resonance to provide a realistic ambience. While the sound is a little one-dimensional much of the time, it also sounds well extended, which helps to make up for any slight deficiencies.

Email ThisBlogThis!Share to TwitterShare to FacebookShare to Pinterest
Labels: Balsom