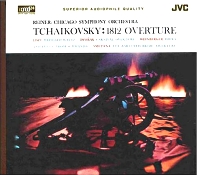 This music will set you back about a buck a minute. That’s figuring you pay around forty or fifty bucks for a used copy of the disc (I don’t believe it’s in the catalogue anymore) for about forty-nine minutes of material. I want to make that clear up front; these JVC audiophile editions aren’t cheap. But I’d wager most of the folks reading this review spent a couple of grand in the past few years upgrading their equipment, no? So why not spring for the best music, too?


Maestro Fritz Reiner recorded this collection of showstoppers nearly sixty years ago when he was just starting to record with the Chicago Symphony in stereo for RCA. You can buy a couple of the items like the 1812 and Liszt’s Mephisto Waltz alternatively on a mid-priced RCA “Living Stereo” CD for about a third or fourth the cost of the JVC, and on some editions you’ll get a Tchaikovsky Sixth Symphony thrown in as well. So, why buy this one? Well, it sounds great. Will you notice it? I have no idea; it depends upon your playback system.


The disc includes some of the most electrifying performances ever of the 1812, Franz Liszt’s Mephisto Waltz, Jaromir Weinberger’s Polka and Fugue from Schwanda, Smetana’s Overture to The Bartered Bride, and undoubtedly the best, most exciting version of Dvorak’s Carnival Overture I’ve ever heard.


Admittedly, however, you may find it disappointing that Reiner attacks the 1812 in a slightly abridged version and sans cannons. This is, however, a musical extravaganza all the way, not a special-effects fest, and Reiner does, indeed, make the most of the music. The final minutes, especially, are among the most thrilling on record, and the buildup to them will keep you just as riveted to your seat. With playing of the highest order from the Chicago Symphony and an interpretation that maintains the score’s musical integrity as well as its thrills, I think it would please even the composer, who famously disliked his own work. 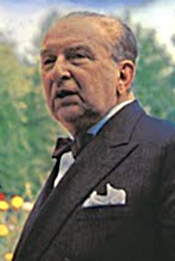 RCA’s celebrated recording team of producer Richard Mohr and engineer Lewis Layton made the album way back in 1955-56 in Orchestra Hall, Chicago, Illinois, and JVC remastered it in 2003 using their XRCD24 K2 processing system. The now-ancient stereo sounds better than ever, dynamic in the extreme and reproduced at a fairly high playback level, which increases one’s anticipation from the outset. Just don’t have your volume set too high at the beginning. Bass sounds impressive; highs could be more open and shimmering, but they’re not bad; orchestral depth is superb; stereo spread is typically wide; and the overall smoothness sounds improved over the less-expensive “Living Stereo” transfer. I loved every minute of the program despite my over familiarity with the subject matter.


JVC as always not only meticulously pressed the disc but packaged it in a hard-cardboard Digipak container, the disc fastening to the inside rear cover. While most of the liner notes are in Japanese, what the heck. The music needs no translation. The only problem, apparently, is trying to find it.