If you were a really big record company, like Decca, and you had a vault full of old recordings, as Decca has, you, too, would probably want to think of ways of repackaging and selling your stuff again. So it is with this Messiah, made up of bits and pieces of Decca’s older Messiahs. The gimmick works better than you might expect.


Using seventy-seven minutes’ worth of highlights, the folks at Decca present us with ten different bands, choruses, and conductors, and seven different soloists, each doing a separate movement of George Frideric Handel’s familiar work. The problem I foresaw, and which I daresay you also see, was how all of these seemingly disparate elements were going to hang together; I mean, period and modern instruments, big and little ensembles, fairly recent (2001) and not-so-recent (1966) recordings. Yet it does work, sort of.


In the first place, the Decca engineers have apparently doctored the audio slightly so that most of the pieces at least sound similar. Unfortunately, this seems to have taken the bloom off some of the proceedings, dulling a few of the older period-instrument recordings in particular to take the edge off them and put them better in line sonically with their smoother, modern-instrument counterparts. They have also tried to match the playback levels as well as possible to ensure fluid transitions between movements. The result is not exactly of audiophile quality, but it’s listenable. 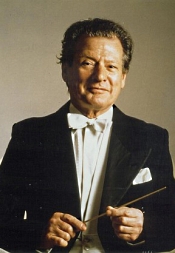 As to the music, at the very least you get to hear a variety of recordings, any one of which you might want to go out and buy as a complete set, which is, I’m sure, what the Decca brass are counting on. In any case, to name a few of the participants, you’ve got John Eliot Gardiner and his English Baroque Soloists opening the show, followed by Sir Neville Marriner and the Academy, Trevor Pinnock and the English Concert, Sir Georg Solti and the Chicago Symphony, Richard Bonynge and the English Chamber Orchestra, Charles Dutoit and the Montreal Symphony, Sir Charles Mackerras and the Scottish Chamber Orchestra, and so on. Marriner and the Academy players perform the “Hallelujah Chorus,” and Sir Colin Davis and the LSO close the show. Soloists include Arleen Auger, Jerry Hadley, Anne Sofie von Otter, Leontyne Price, Joan Sutherland, Kiri Te Kanawa, and Bryn Terfel.


I dunno, though. It may be a dream cast, as the subtitle proclaims, but it’s also more than a tad disconcerting. Just when you get to like one singer or group, up pops somebody else. I’d say it’s a novelty more than anything. Nevertheless, it’s not a bad novelty.