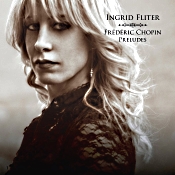 The last time I reviewed a disc from Argentinian-born pianist Ingrid Fliter, she was playing Chopin's piano concertos and doing a very good job with them. She is above all a most sensitive and elegant pianist, and as such she makes the perfect interpreter of music by the piano's finest composer. This time out she tackles Chopin's twenty-four Preludes and does her usual splendid job with them.

Polish composer and virtuoso pianist Frederic Chopin (1810-1849) originally published his twenty-four Preludes, Op. 28, in 1839, writing each little piano piece in one of the twenty-four keys. Up until his time, the musical term "prelude" usually meant an introductory work, but Chopin's preludes are individual, self-contained, self-standing pieces; they aren't necessarily introductions to anything else, unless it's the next prelude in the set (more on that in a minute). Interestingly, Chopin himself never played more than a few of them at a time in concert, whereas today it is common for a pianist to present the complete opus; there aren't more than about forty minutes' worth of them, after all.

Ms. Fliter, born in Buenos Aires, now divides her time between Europe and the U.S. In the past decade or more, she has become something of a specialist in Chopin, having already released three well-received Chopin albums before this one and winning the Silver Medal in 2000 at the International Chopin Piano Competition in Warsaw. Her time and devotion to Chopin's music pay off once again in the present album.

Ms. Fliter plays the set in the intended order, starting with the Prelude in C major, which Chopin marks as Agitato. It is here that Ms Fliter makes it known that she will play these things the way she personally sees them. Although the opening prelude is very brief, under a minute, she injects it with a quiet, though still appropriately agitated, longing. It sets the tone for the rest of the pieces, Ms. Fliter lending them a delicate touch.

Since the time Chopin wrote them, there has been some discussion among critics as to whether the set is really a collection of separate and disconnected piano pieces or whether Chopin meant for the entire set to be subtly united, forming one unified whole. It's hard to see the associations in most readings, but in Ms. Fliter's hands the musical segments do seem more related to one another than ever before. The textures seem lighter than usual, and the pieces seem to run from one to another more seamlessly. Whether the themes really are connected is another matter; yet under Ms. Fliter the consistency of mood and tone hold them together. It's one of the few times I could listen to the whole set comfortably in one sitting.

The Prelude in E minor sounds especially beguiling, wistful and bewitching; on a side note, it was played at Chopin's funeral. The well-known Prelude in A major seems more relaxed than we normally hear it, leading to a beautifully flowing Prelude in F sharp minor. There is no sense of stopping and restarting anew here; instead, it's as if each prelude were an introduction to the next. 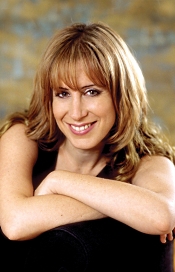 And so it goes. Among my favorites are three quick works in succession: the Preludes in C sharp minor, B major, and G sharp minor, each piece breezy, elegant, and thrilling by turns. Then we have probably the most popular of the Preludes, the "Raindrop" in D flat major, rendered by Ms. Fliter in leisurely fashion, no winter downpour but a light, sweet spring shower. Even the darker middle section carries less menace than we customarily hear, which some listeners may fault but which again helps tie the individual works better together.

I also loved Ms. Fliter's readings of the enchanting Prelude in A flat major, the calming Prelude in F major, and the imposing Prelude in D minor that concludes the set. Overall, this is one of the best, most-thoughtful, most-cohesive realizations of the Op. 28 Preludes I've heard. It may not carry the emotional weight or drama of some of its rivals, but Ms. Fliter makes up for it in her poetic sensitivity.

Producer John Fraser and engineer Philip Hobbs recorded the music at Potton Hall, Suffolk, UK in June 2014 for two-channel and multichannel SACD and two-channel CD playback. In the two-channel SACD format to which I listened, the piano sound is big, full, and warm, with firm impact. A pleasantly expansive ambient bloom lends to it an air of realism; it also produces a slight softness in the piano tone that enhances the music nicely.

To listen to a selection from this album, click here: