The Matter of Sight-Reading

A short while ago a good friend, Sonja Fischer, brought to my attention a subject I hadn't thought about much: the matter of sight-reading for singers. 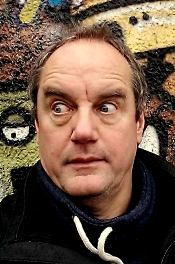 In the following article, Christopher Gillett--the tenor, blogger, and author of Who's My Bottom and Scraping the Bottom--reflects on the idea of whether being able to sight-read is really all that important to opera singers:

"A few years ago, I was queueing for a flight home from Israel's Ben Gurion airport when I was pulled to one side for a security check. Rummaging through my bag, a security officer found my score of Bach's St Matthew Passion, which I was about to perform back home in England.

"'How can you read this?' he asked aggressively, flicking through the pages. 'Sorry?' I whimpered, while it dawned on me that St Matthew didn't exactly do the Jews many favours in his telling of the Easter story.

"Ah. I realised that to him, presumably a non-reader of music, my score looked like a load of gibberish, as legible as the Rosetta Stone. Worryingly, to him it probably looked like dodgy code.

"'Um, well, this thing here is called a stave and this is a treble clef...' I was just beginning to picture myself spending a week or so in a sweaty, darkened room when a superior chimed in and I was allowed to board my flight.

"Now,  this is a problem that probably would never have faced Pavarotti, for three reasons:

a) He was Pavarotti and universally recognisable, not some poxy tenor from England.

b) The St Matthew Passion was hardly his bag.

c) A score was probably as intelligible to him as it was to the security guard because, by most accounts, he was very poor at reading music.

"Years ago, this bothered me. Well, to be honest, it didn't bother me so much as make me feel unbearably smug. How could you possibly call yourself a musician and not be able to read music? And indeed a certain odour of prejudice still hangs around when it comes to the definition of Musician, especially against singers.

"I don't know if this is true – it certainly has the ring of truth – but I was told that the Musicians Union once debated whether it would be acceptable to let singers join the union (singers tend to be represented by Equity) but the prevailing opinion was that in order to qualify, singers would first have to undergo a sight-reading test to prove their musicianship. (Meanwhile, a trumpeter friend of mine managed to enroll his cat in the MU, just because he could.)

"I was well-schooled in sight-reading. When I was at Cambridge in the King's College Choir, an inability to learn a lot of music very rapidly would have seriously hindered the whole ensemble. Later, as a young soloist with a lot of new repertoire to perform, good sight-reading was very useful; the downside being that I could turn up and perform a piece without spending as much time practising it as I probably should.

"But that was in the realm of concert work, where you use a score. Opera is a very different beast and singing from memory is an altogether different skill. And the very suggestion that Pavarotti was not a musical singer is patently absurd. I also think he was a rather lovely actor, certainly with his voice  – you just wouldn't want him in your choir when something tricky like Herbert Howell's 'Take Him, Earth, For Cherishing' is on the service sheet, with only ten minutes in which to rehearse it.

"It's all too easy for well-trained musicians to forget that musical notation is not the be-all and end-all; that music is an aural art rather than a visual one. I find myself wondering whether criticising an opera singer because he's not good at reading music might make as much sense as belittling an actor who's dyslexic. As long as he's getting it right, what does it matter?

"Besides, there's surely a definite upside to not being able to read music. Many opera vocal scores are very heavy. Der Rosenkavalier weighs in at over 1.5 kilos – a few of those in your suitcase can make a serious dent in your luggage allowance. Imagine not having to carry that lot around.

Getting through Ben Gurion airport would be an absolute doddle."

To read the article in its entirety, visit http://www.sinfinimusic.com/uk/features/blogs/christopher-gillett/should-opera-and-classical-singers-like-pavarotti-be-able-to-sight-read-music

Email ThisBlogThis!Share to TwitterShare to FacebookShare to Pinterest
Labels: Sight-Reading