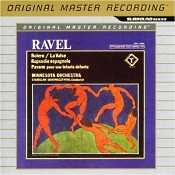 A few years ago, I found myself lamenting the passing of a good many audiophile record labels, forgetting that Mobile Fidelity had not been out of business for long before they had regrouped and begun producing high-quality products again. True, they no longer produce everything in the 24K gold format they used to, and they are now more into multitrack discs, but it’s good to have them around in any case.


Like Telarc some time ago, Mo-Fi saw the potential in multitrack SACD, a sonic potential that I find perfectly valid because on the occasions I’ve listened to a Super-Audio compact disc through my Sony SACD player, they have sounded pretty darn good. However, I believe that most people who have bought into multichannel sound have done so for the specific purpose of listening to movies in multichannel surround, not for listening to music alone. So, anticipating this dilemma, the folks at Mo-Fi are doing as the folks at Telarc and other companies still making SACD’s have been doing, producing discs in hybrid, dual-layered, two-channel and three, four, and five-channel SACD’s so they’ll play both on regular stereo CD players and on multichannel SACD machines. Like it or not, however, I continue to do my own music listening in the old-fashioned, two-channel mode in my living room, and I do my movie watching in a separate home-theater room equipped with 7.1, non-SACD playback. There is no multichannel SACD music in sight for me, I’m afraid, but, as I say, I like what I hear from the two-track SACD format.


Anyway, it’s good to have this collection of short Ravel pieces from Stanislaw Skrowaczewski and the Minnesota Orchestra on CD. Vox originally recorded them in the mid Seventies and released them on LP in both two-channel stereo and four-channel quad. The performances, packaged back then singly and in a four-disc box of LP’s, got great reviews. But when the CD era dawned and Vox first remastered them onto compact discs, they didn’t sound as good to me as I had recalled from the old vinyl days. Then, in 2004 Mobile Fidelity did a splendid job bringing the sonics back up to speed or better in their Ultradisc Gain 2 mastering process, so it was nice to hear Skrowaczewski’s Ravel again the way I remembered it.


A booklet note by MFSL chief engineer Shawn Britton tells us that Vox did the original quadraphonic versions of the recordings in Sansui SQ, which was stereo compatible, but that the “folded-down stereo” version yielded artifacts from the SQ-encoded rear channels. In the present remastering, he says, Mo-Fo have recreated the channels discretely in both the two-channel stereo and SACD layers, and in stereo there is no longer any interference from the rear channels. This may account for the sound being even better than I remembered it from LP days. Not that I found the sound absolutely perfect, as good as it is. As Marc Aubort, one of the original engineers on the project, writes additionally in the booklet note: “The top end and especially the bottom end were rolled off before it went to tape to prevent boominess.” That may account for the treble not appearing as extended as I’d like and for the bass being solid but not particularly deep. The result, however, is extremely vivid in the midrange, and its crystal clarity more than makes up for any minor losses at the extremes. 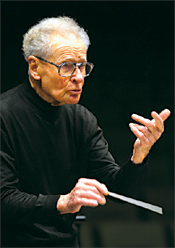 Of the five pieces of music presented on the disc, I enjoyed La Valse best of all. It’s a sardonic work, and the conductor nicely captures its wry undercurrents as well as the purely lyrical waltz qualities. It is, in fact, among the best performances of La Valse I’ve heard and is itself worth the price of the disc. Bolero builds up adequate energy through the conductor’s excellent control of ebb and flow and pays off in its passionate response, one I’ve heard in few other recordings. The Pavane pour une Infante defunte is wonderfully atmospheric, leisurely and serene; the Rapsodie espagnole colorful; and the Suite No. 2 from Daphnis et Chloe appropriately characterful, with the welcome inclusion of an additional segment, “Chloe Is Accosted,” that is now in 5.0 channels for those with the capacity for such playback.


It’s a nice package, undoubtedly sounding better in multitrack SACD playback than I had the opportunity to hear it. The only drawback: Since I first heard the Mo-Fi SACD, the company decided to withdraw it. So if you really want a copy, you’ll have to seek out it out used and probably pay through the nose. Nevertheless, Mo-Fi still make another Skrowaczewski Ravel album from the same source available in SACD that includes the Daphnis et Chloé Suites Nos. 1 and 2, Ma Mère l'Oye, and Valses nobles et sentimentales. It’s equally good.