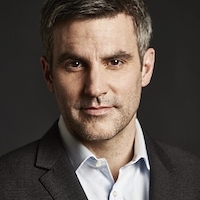 Based on the letters of Georgia O'Keeffe, the work will be premiered at Eastman Theater on November 12, and then at Lincoln Center's Alice Tully Hall on November 14.

Letters from Georgia, a new song cycle based on the letters of painter Georgia O'Keeffe and composed by Pulitzer Prize-winner Kevin Puts, will receive its world premiere performances on November 12th and 14th, sung by four-time Grammy Award-winning soprano Renée Fleming and accompanied by the Eastman Philharmonia under the direction of Neil Varon. The songs are based on O'Keeffe's expressive letters, written mainly to her eventual husband Alfred Stieglitz and artist and suffragette Anita Pollitzer. Puts wrote the cycle for, and in close collaboration with, Ms. Fleming.

There will be two concerts featuring Letters from Georgia: Saturday, November 12th at 8pm at The Kodak Hall at Eastman Theatre in Rochester, NY; and Monday, November 14th at 8pm at Lincoln Center's Alice Tully Hall in New York City.

Puts, who won the Pulitzer Prize in 2012 for his opera Silent Night, says of O'Keeffe's writings: "I found that her letters reveal aspects of her personality one doesn't necessarily associate with her. She could be stoic and aloof but her letters also revealed tremendous passion and longing, self-deprecating humor, and also often great sadness.

ClassicsOnline Goes Mobile
ClassicsOnline has released the newest version of their mobile app, a companion to their classical music streaming service. Available for iOS and Android, classical music enthusiasts will enjoy the highest possible sound quality allowed by their connection with no buffering or loss of signal, ranging from 16-bit, 44.1 kHz all the way up to 24-bit, 192 kHz, while exploring new releases, award-winners, global best-sellers, and expertly curated playlists.

The ClassicsOnline mobile app for iOS and Android makes it effortless to take their streaming service with you. Free with both the monthly and annual ClassicsOnline subscription plans, this app allows you to browse new releases, critically acclaimed award-winners, global best-sellers, and their expertly curated playlists.

Chiara Quartet Plays Complete Bartok Quartets from Memory at Ravinia
The Chiara String Quartet (Rebecca Fischer and Hyeyung Julie Yoon, violins; Jonah Sirota, viola; Gregory Beaver, cello) will perform all six of Béla Bartók's string quartets by heart, or from memory, a feat never attempted before, at the Ravinia Festival in Bennett Gordon Hall (201 St. Johns Ave.) on September 7 (Quartets Nos. 1, 3, and 5) and September 8 (Quartets Nos. 2, 4, and 6) at 6pm. Bartók's quartets highlight an incredible life in music, from his journey uncovering rare folk music of Europe and Northern Africa to his final exodus from Hungary to America on the eve of World War II. This cycle brings his amazing, colorful works to life in vivid performances.

Lindsey Stirling is one of the biggest artist  development breakthrough stories in recent  years. A classically trained violinist, Lindsey has  entered a futurist world of electronic big beats  and animation. On stage, Stirling moves with the  grace of a ballerina but works the crowd into a  frenzy, "dropping the beat" like a rave fairy.

Representing a global array of cultures, Silk Road Ensemble members co-  create art, performances, and ideas. Cellist Yo-Yo Ma established the  nonprofit organization Silkroad and the Ensemble to explore the role of the  arts in fostering cross-cultural understanding, deepening learning, and  promoting innovation. The group has been called " vibrant and virtuosic" by  the Wall Street Journal,

The Wallis' production marks the final West Coast engagement prior to a highly-anticipated transfer to New York City's 59E59 Theaters from August 31 – October 16.