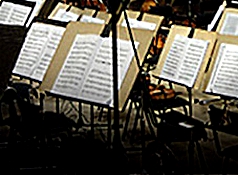 Submissions opened December 1, 2014 and end on January 31, 2015. Eligible entrants must be 30 years old or younger and currently studying composition either at an institution or through private instruction. There is no entry fee to submit.

Ten (10) winners will be selected to have their works published in the 2015 PARMA Anthology of Music. Three (3) Grand Prize Winners will receive readings and archival recordings of their pieces by a full symphony orchestra via PARMA's score workshop program, PrimaVista.

Submitted works should be no greater than ten (10) minutes in duration and orchestrated within a standard orchestral configuration of 2, 2, 2, 2 - 4, 3, 3, 1 - percussion - strings, with optional piano and harp. All costs will be fully subsidized by PARMA.

"It is difficult for any composer to hear their orchestral works played by a professional ensemble, and especially so for students. One of our goals with this year's Competition is to help talented students who might not have access to these resources at their schools get that valuable hands-on experience," says PARMA CEO Bob Lord. "We want the orchestral format to continue to be a viable one for composers of the future."

An encore presentation of this performance will be exhibited in select movie theaters on Wednesday, December 17, 2014 at 6:30 p.m. in all time zones.

We've got a lot to be thankful for! At this recital we want to thank all those who have supported FAYM since its founding seven years ago and our "Violins for Kids" project for the past five years! Please come and be recognized! Give the gift of music. Contribute Today!