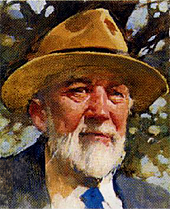 North Bethesda, MD - Who is Charles Ives? An irrefutably transformative force in American music and innovative composer, Ives had little public exposure during his career and remains relatively obscure to the concert-going public. As an encore to its ambitious Stravinsky Project in 2010, Strathmore, in partnership with Post-Classical Ensemble, will embark on The Ives Project, a cross-disciplinary three-day exploration of the work, life, influences and impact of the iconic New Englander Charles Ives. From Thursday, November 3 through Saturday, November 5, 2011, this immersive experience will convene actors, scholars and musicians, including two of the most eminent exponents of Ives' music--the pianist Jeremy Denk and baritone William Sharp—to tell the story of Ives through live performances, rare recordings, readings from his private diary and letters and expert lectures. For additional information, call (301) 581-5100 or visit www.strathmore.org.

Zubin Mehta Accepts Furtwängler Prize and ECHO Award
As the Israel Philharmonic Orchestra prepares to open its 2011-2012 season on October 13, the classical music world recognized the contributions of IPO's "Conductor for Life" Zubin Mehta with two significant honors. In September Maestro Mehta received the Furtwängler Prize "for his commitment to music and social problems" and he accepted the Lifetime Acheivement Award at Germany's ECHO Klassik Awards on October 2nd.

Mehta commented "(The Furtwängler Prize) is a huge honor. I don't think it's necessary to give me a special award, however. I am a musician, I make music with my favorite orchestra, and that's enough for me. Each concert is an award and a gift to me."

This season celebrates the 75th anniversary of the IPO's founding, sees the renovation of Mann Auditorium, the Orchestra's permanent home, and features an exciting 75th Anniversary Festival in December.

October 7, 2011 - New York, NY -- The 28-year-old guitar virtuoso Miloš Karadaglic is returning to the U.S. for select concert dates on the heels of winning two of the UK's prestigious Gramophone Awards, including "Young Artist of the Year" and "Specialist Classical Chart." Considered one the world's most influential classical music prizes, the winners were announced at London's Dorchester Hotel in association with Steinway & Sons. To read about Miloš and the "Young Artist of the Year" Award, click here:  http://www.gramophone.co.uk/awards/2011/young-artist-of-the-year

The guitarist released his Deutsche Grammophon debut, Mediterráneo, in June, followed by chart success and critical praise in the U.S. and UK.