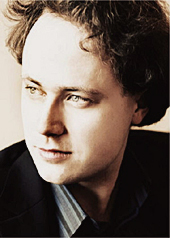 Sunday, August 7, 2011, Cleveland, OH: Alexander Schimpf, 29, of Germany was named the winner of the 2011 Cleveland International Piano Competition. The distinguished jury selected Mr. Schimpf from a field of 26 candidates who performed over a ten-day period.

By the close of Friday and Saturday's final performances, the competition's jurors were faced with a difficult task, as all four finalists delivered exceptional performances of their respective concertos with The Cleveland Orchestra under Christopher Wilkins. While The Cleveland Plain Dealer's Zachary Lewis noted the outstanding musicality of all the finalists, he especially commended Schimpf in his performance of Beethoven's Piano Concerto No. 4: "...the finest of the four, secure interaction with the orchestra and complete mastery of the score's technical and emotional dimensions. By turns, the pianist whipped up storms, spun out golden filigree, and plumbed philosophical depths."

In addition to a cash prize of $50,000 presented by Mr. and Mrs. A. Malachi Mixon III--one of the largest cash prizes of its kind--Alexander Schimpf receives more than fifty worldwide engagements, including a New York recital debut at Carnegie Hall's Zankel Hall on Monday, December 5, 2011.

About Alexander Schimpf:
Alexander Schimpf, age 29, is a citizen of Germany. He graduated from the University of Music in Dresden, and received Artist Diploma from the University of Music in Würzburg. He won first prize at the 2009 Beethoven Competition (Vienna), was a semi­finalist at the 2009 Leeds Competition (UK) and the 2008 Concours de Genève (Switzerland), and won second prize at the 2008 Città di Cantù Competition (Italy). In 2011 he performed with orchestras in Göttingen and Lübeck (Germany) and Vienna. In 2009 and 2010 he gave recitals in Munich, Nürnberg, Heidelberg and Hannover, Leeds (UK), and La Paz and Santa Cruz (Bolivia); and performed with orchestras in Augsburg

About the Cleveland International Piano Competition:
Now in its 36th year, the Cleveland International Piano Competition possesses an eminent list of alumni, and winners benefit from an array of professional opportunities following the competition.  Martina Filjak, the Competition's 2009 winner, has enjoyed a hugely successful career since her victory, performing nearly 100 solo and orchestral engagements worldwide over the past two years. Additional winners from past years include such notable artists as Jean-Yves Thibaudet, Angela Hewitt, and Sergei Babayan.

During the competition's ten days of performances, solo rounds are held twice daily for the first eight days.  Candidates are eliminated over this period by vote of the jury until four finalists remain. Finalists perform with The Cleveland Orchestra over a two-night period and the winner is announced at the conclusion of the last performance. A celebration gala is traditionally held on the last night of the Competition in honor of the four finalists.